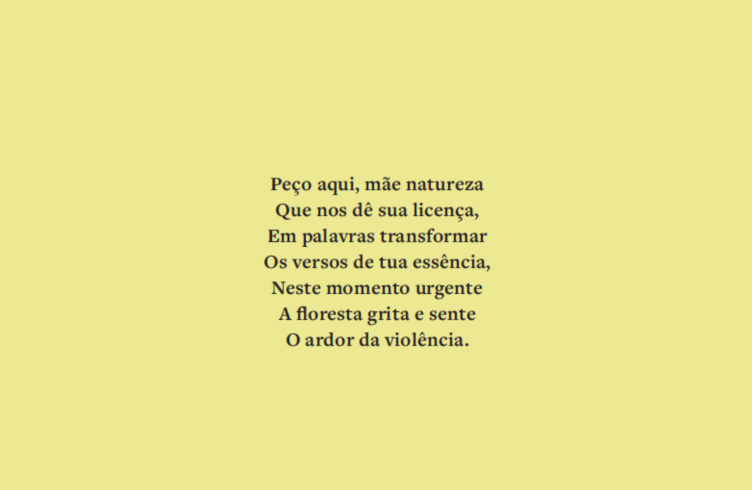 For three years and six months, while she studied teaching, Auritha Tabajara did not miss a single class. During this period, every day, she would transform the content of the subjects she attended into cordel (“string”) literature. The result of the process is in the book Magistério Indígena em Verso e Prosa (Indian Pedagogy in Verse and Prose), which was published in 2007 and adopted by the Department of Education of the State of Ceará as a mandatory work in public schools.

But the passion for storytelling, according to the writer, comes from much earlier. The statement is vindicated by the fact that her grandmother is a midwife and one of the best storytellers of the Tabajara people. She was even the one who chose the ancestral name Auritha to call her granddaughter, officially baptized Francisca Aurilene Gomes. And not only that: hearing from the matriarch that “everything passes”, the author grew up with the idea that, for other generations to know her history, it was not enough just to write, but also required to publish. Maybe that’s why, since she released her first book, she didn’t stop. In addition to the booklets Toda Luta e História do Povo Tabajara (All the Fight and History of the Tabajara People, 2008), Diário de Auritha (Auritha’s Journal, 2009), A Sagrada Pedra Encantada (The Sacred Enchanted Stone, 2019) and A Grandeza Tabajara (The Tabajara Greatness, 2019), she is about to publish the book A Lenda do Jurerê (The Jurerer Legend), written in 2020, and has a series of texts in indigenous anthologies, such as in the magazines Maria Firmino dos Reis and Acrobata.

Completing Corações na Aldeia, Pés no Mundo (Hearts in the Village, Feet on the World), her second book, which earned her the title of first indigenous cordel writer, Auritha recalls, was not easy. “Cordel is simple to read and understand, but it is not easy to write,” she says. “People didn’t believe it could be successful.” The release only happened with the encouragement of Daniel Munduruku, from Editora UKa, who suggested printing one thousand copies as a test, to understand the book’s acceptance. It is currently out of print and still without a prevision for a second edition.

Adapting to São Paulo, the city where she started living in 2009, was not a simple task either. The fast pace of the city blocked her writing; she was used to write sitting on the sand or at a tree’s roots. The difficulty of finding formal jobs also marked the eleven years she lived in the metropolis, where for a long time she was a caregiver for elderly people, driven by the desire to hear different stories from those she learned in her village.

Auritha likes to say that indigenous women write with different voices: from the earth, nature, water, birds, wind, rain, animals. The ancestral voices that, during the pandemic, when she had to return to her village – 370 kilometers from the capital of Ceará – became even closer. 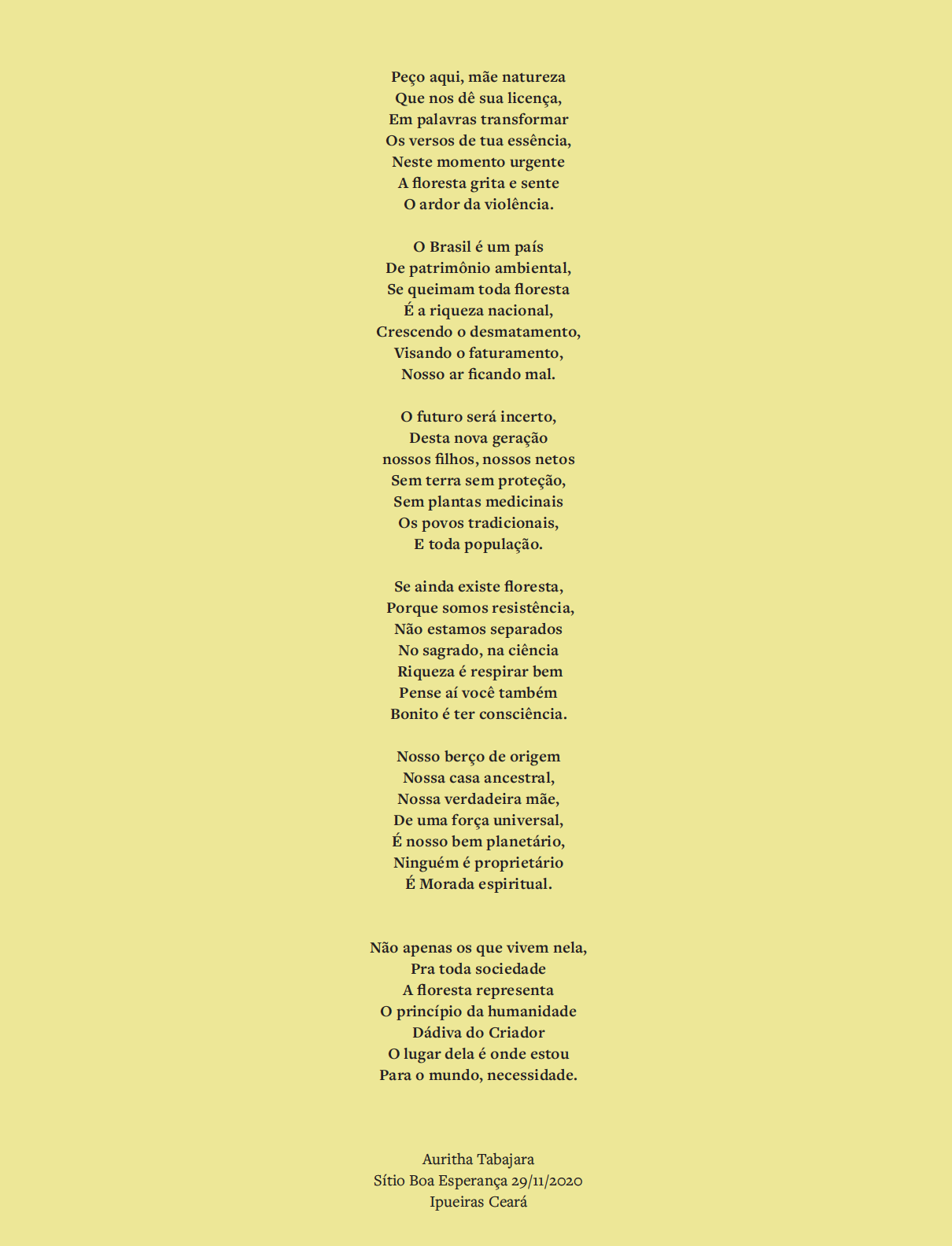 Artigo anterior:
It’s about decolonizing speeches and occupying spaces of power Próximo artigo:
Uýra: the snake of Amazonian waters in the face of environmental degradation