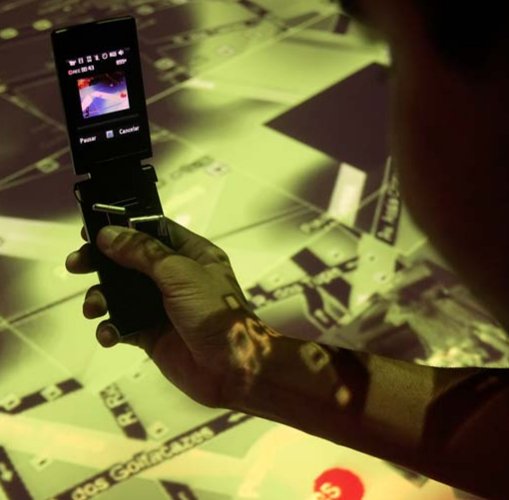 It is already a cliché to say that cinema is expanding. Today’s cinema is wider and more complex than yesterday’s. Ramifications and possibilities have arisen at all phases of film production. And some chronic problems persist, especially at the tip of this process, linked to distribution. As more people do something that can be considered cinema, the more difficult it becomes to separate the chaff from the wheat in the search for quality, creativity, consistency and market perspective – attributes ;that always go hand-in-hand.

Although wideband Internet exists in a large part of the world, even though we have the YouTube and Vimeo channels, and despite the burgeoning number of festivals, shows and fairs linked to the distribution market, there are still distribution problems. This is endemic to the traditional cinema of the conventional movie theaters, making it a “scheme” from a few to a few, in light of the difficulty of film production coupled with the obstacles that limit the size of the viewing public. Since the 1980s the world has seen a series of cinematographic innovations. One of them, associated to the term “microcinema,” involves new models of dissemination. They are short-length formats that have given rise to a network that has penetrated far beyond festivals, based on new qualities associated to these productions.

They arise in a nearly spontaneous way, taking advantage of the growing miniaturization of the means of image capture, as well as the visualization resources of these new cameras, with their high-definition viewing screens – sometimes small, but adaptable to the distance of each person’s gaze. Even though they have received somewhat anachronistic nicknames, like “pocket cinema,” these productions are the most current instance of the idea of microcinema pioneered by alternative producers around the world since the garage screenings in the 1980s and ’90s he increasingly omnipresent devices employed in this field are surprising for being able to record in full HD, with resources like slow-motion or geolocation sensors, operating on a network, allowing for the existence of broadcasting centers (by streaming via Bambuser, Qik or Kyte) and distribution via Wi-Fi – or even by way of telephone networks, though still at prohibitive prices. Beyond the hype surrounding these features, which do not always live up to their promises, some of these resources do allow for a much greater visibility and penetration of the productions, while also providing a range of new possibilities to the creators, whether they are incipient, unknown, intuitive, self-taught or experienced producers.

Other circuits for other languages

There are many initiatives that currently promise a great potential in this field. And they are often dispersed and disconnected from the great flagship of cinema and its more or less recognizable offshoots. A good example is the Hong Kong International Mobile Film Awards (HKIMFA), held in late March.

Created in 2010, with an international network that involves other ten festivals linked to mobile media, in- cluding the event Vivo arte.mov – of which I am one of the coordinators, together with Rodrigo Minelli and Aluizer Malab – HKIMFA is focused on amateur, low-cost productions, often consisting of videos made with cell phones or compact cameras.

It took place together with the event Asian Filmart, a large fair featuring products of the international TV and filmmaking industry, held as a business branch of the gigantic Hong Kong International Film Festival, which is holding its 36th edition this year. There is a clear attempt to associate the alternative formats with the international market, in light of the easy use of the so-called mobile videos.

Aiming to forge closer links between the entertainment industry and students and aspiring filmmakers, and to mix genres, categories and formats, HKIMFA had its partner festivals choose 11 finalists, which it brought to Hong Kong. A Brazilian from the state of Paraiba, Carlos Dowling, was chosen by arte.mov to compete at HKIMFA. His video clip Lelê, an animation made for Chico Correa and ElectronicBand, which had already been awarded at the Brazilian Festival, received the prize for best animation at the HK award ceremony.

Dowling’s career path has been taking increasingly atypical turns. He is part of a generation of cinema producers who do not identify with the typical labels of cinema. Having produced a medium-length fiction film, Funesto (1999), he is no longer charmed by the heroic act of making a film, when the difficulties clash head-on with one’s creative desire. He does not feel exactly like a filmmaker and no longer agrees that there exists a Paraiban cinema. Today he sees himself inserted in a set of actions and initiatives based on digital culture, “hybridized by nature, in articulation with the new media,” he states.

For him, making “another cinema” is a palliative in view of the difficulties of producing a feature-length film, at the same time that it is becoming a conviction and an aesthetic option in light of a process of changes, where there are multiple paths, with other forms of disseminating the productions. It involves a change of mindset that is begins to take place not only among producers but also among the “consumers” of these formats. This perspective involves intercrossings that lend new twists to what was previously characterized as hybridism or cross-influence between media.

Vassiliki Tzouveli, who represented Greece at HKI-MFA, studied journalism and media in Athens. She saw an opportunity in the Greek festival Shoot It to disseminate a video made with schoolmates. Her video is focused on artists who seek financial help on the street, and was filmed as an effort among friends using basically an iPhone and minimal costume and casting resources, in settings that are all in the same neighborhood.
Through the Shoot It festival, she was invited to travel to HK to compete for the HKIMFA awards. For her future, Vassiliki hopes for an idealized condition in which she could simply continue to produce works like the one she did. “Simply producing and continuing to have it reach some public, in an uncomplicated way, without any greater sponsorships,” she says. Once again, the continuity or maintenance of a path emerges as the greatest challenge.

The Spanish distributor Millan Vazquez-Ortiz, representing the short film Intruso at HKIMFA, talks about transversality – both of language and market – as a fundamental condition for the short-film formats. For the last ten years his firm Agencia Freak, with a staff of about 11, has been furnishing short films for alternative circuits such as festivals, museums and galleries, as well as for television. They are always open to every sort of format, in an eclectic range of aesthetics and in commercial fields. “The short film is watched on cell phones and Wi-Fi networks, with possibilities of downloading by the user as well as for uploading by the maker/producer,” he states, thus implying that nowadays “consumption” is more fluid for short films than for medium- and feature-length works.

Hybridism in the audiovisual

Formats is not a novelty, but as a language it seems to be little perceived by the public. For the last two decades video has been everywhere, in everything, lending continuity and currentness to what theoretician Raymond Bellour described in 1990 in his book L’Entre-Images. There is a path in cinema linked to connectivity.

There is a cinema that revisits its own essence, negating the presuppositions of the novel or the serial novel. There are cinemas of synesthesias, there are cinematic spaces being produced for public channels. There are narratives immersed in collective sharing, which do not require projections.

In the conversation with Carlos Dowling, in the middle of a festival on the other side of the world, once again arose the image of cinema as an art in transition, in a context in which the network should not be undervalued. On the contrary, it impacts on a new kind of collaborative thinking, in which the hierarchies of teams are more open to knowledge involving new postures and practices. This concerns not only the emergence of new categories, but also transmedia practices – entailing cross-market practices.

Audiovisual practices are spreading in the media field, echoing the convictions of Peter Greenaway, who pointed out that “Cinema is wasted on cinema – we really must put it to better use.” Soundbites aside, we need more plural voices, so that accessibility is not seen as a threat to the established names; so that difference, and other cinemas, are not seen with indifference.

*Lucas Bambozzi,Vivo arte.mov curator and media artist, is the author of the unpublished book Microcinema, in which some statements of this article were based on