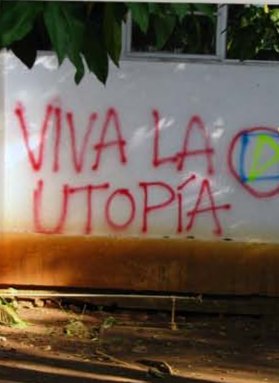 On the mythical island of Fidel and Raul, a new generation of artists who are into both art and new media seeks to connect to Internet while coming up with makeshilt means of image production

Cuba wants to connect. This is a craving among the artists I met on my recent visit to the island. Young or not-so-young, they want to collaborate and make exchanges, learn about and become part of the vast global conversation taking place on the world wide web. This desire springs from a wish that simmers among the population, but is stymied by the precarious offer of internet access. One of the factors that contributes to this scenario of scarcity is the economic blockade imposed by the United States. There is no infrastructure for connectivity. A submarine optic-fiber cable, extending from Caracas, was supposed to be operating by now. According to the official news, it has been installed but is not yet fully operative. The average internet connection speed is 52kb/s. That is as though we were back in the last century, in the 1990s.

Coupled with the blockade there are limiting measures imposed by the island’s own government. A Cuban, for example, cannot ask for internet service for his home or business – private initiative has been modestly reintroduced. Priority for connections is given to the social sectors, such as culture, health, sports and education. One can only obtain some residential access to internet or intranet by using the state service, restricted to artists, physicians, athletes, teachers or students. For the rest of society, connecting to the web is very difficult, since the only available options are the cyber cafés and hotels, with an average fee of US$8 per hour – a steep price in this country where the average monthly salary of a professional is 500 pesos, or about US$20. The other options are the offices, nearly all belonging to the government.

Multimedia artist Maurício Abad has written to me from a server called Cubarte, of the Cuban ministry of Culture, which provides service to artists for US$2 per month. The price for this service went down recently; it used to be US$5. Abad has access to an email with a storage capacity limited to 4MB and is able to access the Cuban google, but not the international version. He can open some internet sites – of Cuban culture, the international press, and Wikipedia, for example – but cannot connect to gmail, Facebook, youtube, twitter, or university sites. “That is, we cannot connect to the internet,” he says. This Cubarte service is offered to citizens linked to Cuban cultural institutions. To obtain it, an artist must write a letter to the authorities explaining why he needs an email. Abad explains to me that to enter his gmail or Facebook, he resorts to the universidad de artes, which has some sites blocked but offers a more open connection, with wi-Fi available to students and professors. it is possible to buy internet service on the black market at a price of US$80 per month – but that’s a risky solution.

Another contributing factor in this context of limited internet access for Cubans is that many international services are blocked for Cuba. The bank accounts of the island’s inhabitants are not recognized by payment services on the web and, as Abad says, in many cases when one attempts to register at a given site, Cuba is nowhere to be found on the dropdown list of countries. That is, it is as though the communist island did not exist on the internet map.

Abad is concerned about the price that Cubans may have to pay in the coming years. “Our country lived proudly for many years due to the high cultural level of its people. Unfortunately, a few years later we are seeing this same population bereft of access to technologies, without an internet connection, and therefore also lacking access to knowledge and communication.” This isolation might be creating a sort of computer illiteracy, which in the 1990s was internationally considered as a digital gap, that is, a moat of technological access separating the haves and the have-nots in terms of the technologies of knowledge.

Although this lack of internet is a great limitation, it has not stopped the emergence on the island of a generation of producers and realizers integrated with cutting-edge means of producing art and media. after all, Cuba is a highly complex country, where many dimensions are mixed. For the past ten years, for example, the salon of digital art has been held in Havana. Organized by the Centro Cultural Pablo de la Torriente Brau, this event has featured 130 works by artists from the island and other 200 works by artists from 39 other countries. The salon even includes an online show of digital videos.

This history of digital art production in Cuba goes back to the 1980s, more specifically to 1986, with the founding of the Laboratory of Applied Computation at the Instituto Superior de Arte (ISA), which plays a key role in the dissemination of this form of expression in the country, as described by Abad and Marcel Márquez, in a presentation called Strike!!! Nuevos medios en Cuba.

Although they do not enjoy full access to the internet, as one can have on a good part of the planet, Cubans do benefit from excellent educational and theoretical training. The generalized precariousness has produced a population – somewhat like that of Brazil – with a knack for adaptation. Although on one hand this make-shift approach is a limiting factor, on the other it is an important catalyst that has resulted in a multiplicity of jury-rigged solutions of inestimable artistic value.

Throughout Central and South America, this means of creating based on the unequal appropriation of available technologies has produced phenomena of great expressivity, giving rise to technophagia, and Cuba is no different. Candelário – the author of the performance Urbanizáme, at the 10th Bienal de Havana, and the founder of the Laboratório Artístico de San Agustín (LASA), one of the most innovative centers of contemporary art in Cuba, located in the periphery of Havana – has worked on a fascinating collaborative experiment.

Young artists and cultural workers were invited to produce an experimental television channel, thus constituting a collective effort of decentralized audiovisual production, whose programming is shared by way of usb technology (pen drives). With the help of programmers, the devices were rendered nonerasable and set to automatically unload the programming of this USB-TV when they are connected to a computer or other electronic device, thus spreading copies of the television’s production. The films are licensed in a free, or “more than free,” manner, as explained by the coordinator of LASA.

Another fascinating aspect is the means the collective has found to finance the production of this of distribution audiovisual network. The USB-TV resources come from the sale of paintings, canvases, sculptures, and other artworks. “We are self-financed ourselves,” explains Candelário. “There are many skilled artists who belong to the team and what we do is to paint some canvases and sell them to hotels, and with this money sometimes we manage to raise as much as US$50 thousand.” The artist explains that the collective is building a mobile television studio aimed at fostering similar experiments in all art events in Cuba, creating collaborative multimedia centers dedicated to documenting and publicizing artistic production, with emphasis on experiments carried out with different artistic languages. “As every Cuban knows, there are two types of internet. the normal internet, which does not exist, and the usb internet, which in Cuba works marvelously,” Candelário states.

As aptly pointed out by Gonzalo Martín, on his blog Pulsiones, the USB-TV project in Cuba demonstrates that these “sneaker nets” are alive and well, and that the human desire to share does not begin and end with the internet. That is, the entertainment industry can try to enact draconian laws in order to destroy the mounting wave of free culture, but it will face difficulties, given the adaptive capacity shown by creators in the world of interconnected networks, unfolding in multiple alternatives.

This ability to adapt is also expressed in the electronic music, vjing and video mapping scene, which has been growing in Havana. Abad and Márquez are key figures in this movement, which was pioneered by filmmaker and remixer Santiago Álvarez.

A bridge between Cuba and the world, the Escuela Internacional de Cine y Televisión de San Antonio de los Baños (EICTV) is an outstanding center for the training of professionals from developing countries. Now in its 25th year, it has trained more than 700 audiovisual workers, including directors, screenplay writers, producers and editors.

At the end of the month of February, I was at the “escuela” to participate in a meeting about television and new media. In September of this year, the escuela is launching its first specialization course aimed at television and the new media, seeking to enlarge the training of audiovisual professionals in face of the technological evolution. The challenge, however, is once again that of connection. Even at EICTV, where youths from more than 30 countries currently study, access to the internet is extremely precarious. The director, Rafael Rosal, has made countless efforts to obtain a higher-quality internet, as he is convinced that it is no longer possible for an audiovisual professional to remain aloof from the great transformations taking place based on digitalization and the new technologies.

During the meeting, we discussed issues such as transmedia, social networks and crowdfunding, which at certain moments seemed very distant from the unconnected reality of the Cubans. That this was a false impression became obvious when some participants asked to show the short film directed by Yanet Llanes Alemán and Pedro Enrique Moya called Faceboom, which investigates the importance of Facebook on Fidel’s island based on statements by Cuban users. It was a further demonstration of the people’s knack for overcoming difficulties – as in the case of the group of students from a university of technology that created a Cuban clone of Facebook, called red social. The initiative only lasted a few days, because people signed up on the platform so fast that the server could not handle the demand, and went off the air. Who knows, however, but that in a short time it may be accessible to all of us. Faceboom, however, is well kept and now available with exclusivity to seLecT magazine’s readers.

*Rodrigo Savazoni is a reporter and media producer, member of the House of Digital Culture and researcher of the University of ABC in Brazil. 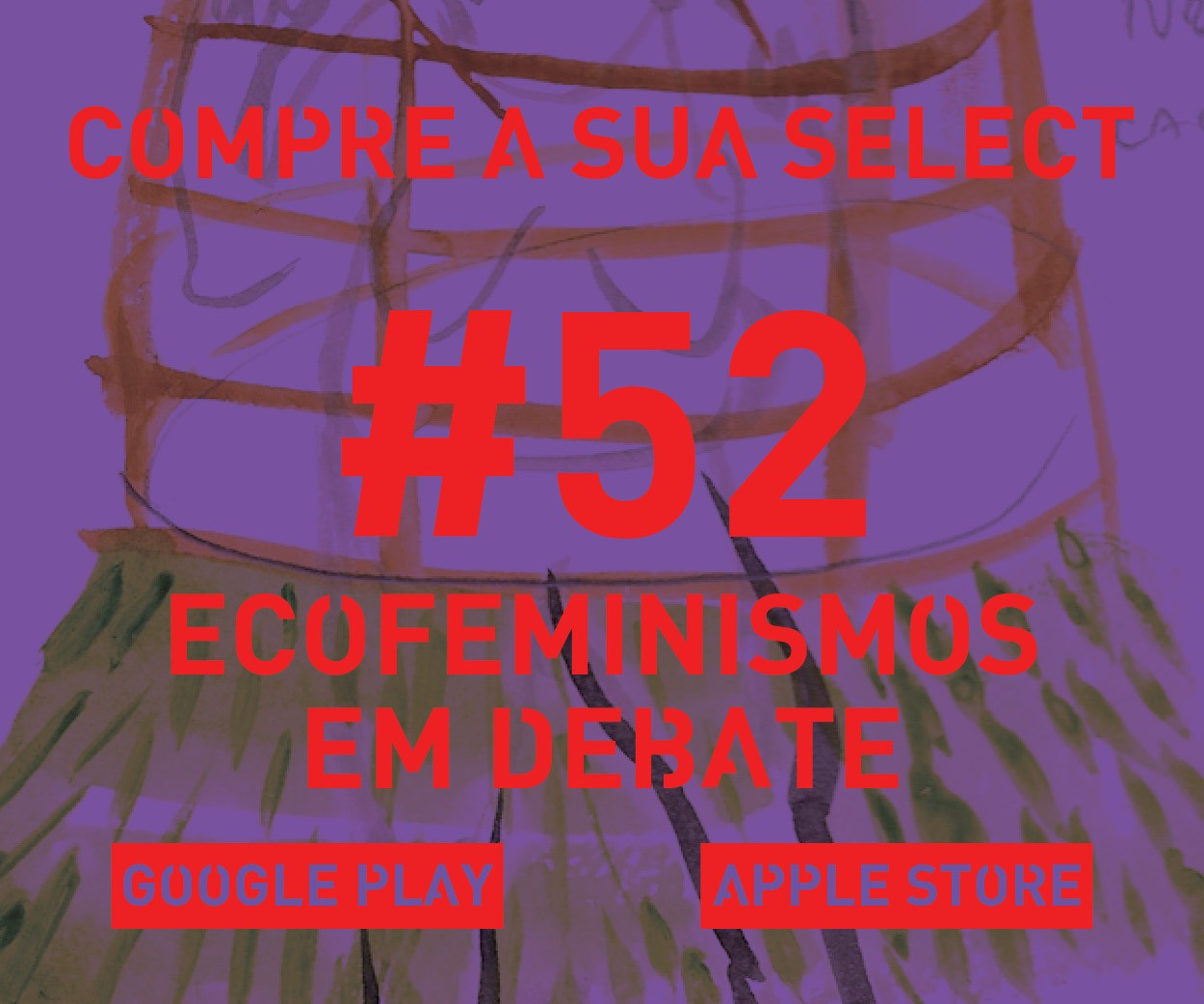