Daydreaming is a trip on the riverocean of imagination

João de Jesus Paes Loureiro was created hearing that his native Abaetetuba, a riverine town on the Lower Tocantins, lived with a big legendary snake, the Boiúna, submerged in its waters. He grew up, became a poet, prose writer, essayist, and a Ph.D. in Cultural Sociology at the Sorbonne, in Paris, with the thesis Amazon Culture: A Poetics of the Imaginary. A professor of aesthetics, philosophy of art and Amazonian culture at the Federal University of Pará, he has published dozens of books, exhibited visual poems at the 10th São Paulo Biennial, in addition to having been Secretary of Education in Pará. But the Boiúna, the Boto, the Iara, the Tambatajá and the regional circumstance of “seeing wonder in things” accompanied him throughout his journey.

An enthusiast of the “poetizing daydream” in writing and in life, it is from the Amazon cultural reality that Paes Loureiro extracts the meanings and directions of his poetry, his novels and also of a vast essayistic work, which runs transversely through aesthetics, history, literature and semiotics. “Poetry is born twinned with enchantment,” he says.

seLecT: You once referred to your hometown, Abaetetuba, as an enchanted city and the myth of a social utopia. How does Abaetetuba fulfill your mythical vocation?

Paes Loureiro: Abaetetuba is a riverine town, located on the banks of the Lower Tocantins. The municipality of which it is the seat is made up of more than 70 islands. It is the fertile and fertilizing cultural space of a mythical cartography that enriches the social imaginary. A fabulous production that has a traditional repertoire and another one in a constant process of invention, based on the dreams of fishermen and planters, whose imagination is permeated by the relationship between a magnificent nature and life. The vastness of solitude proposes a world to be populated by the creative imagination of that mythical dwelling. So much so that we, born in Abaetetuba, grew up listening to the narrative that the city coexists with a submerged Boiúna, a big legendary snake. On the day that this huge snake’s tail is cut off, in one of its rare trips down the river to the beach of an island, the city will be disenchanted and, in its place, another one will appear with the same people who live on the current one. The difference is that it will be a society in which everyone will be treated equally. They will live in equity. I interpret this legend as a social utopia with a socialist trait.

In Amazon Culture, a Poetics of the Imaginary, you say that, in order to understand the Amazon, it is necessary to take into account its social imagery, which stems from a deep relationship with nature. To what extent does the succession of Brazilian crises, culminating in the current denial government, unbalance this system and change this state of affairs?

The violation of nature, ecological imbalance, fire spreading, the planting of deserts, soybean plantations and the multiplication of herds, which plunder the soil for absence of regulatory norms, the facilitation of transgressions due to reduced surveillance, and the emphasized process incorporated in the actions of the Bolsonaro government for the Amazon, unbalance a life system with unpredictable social consequences and cultural predation, in which the poetizing imaginary has its particularity and richness. The imaginary does not spring from nothing. It springs from a relationship with concrete reality. The anguished imaginary facing the land-without-evils, in those endless-lands, is also violated, fatally beginning to absorb the feeling that there is a return to the “green hell” previously coined in the region. Priorly, there was the imaginary symbolically recreating the idealized world from an idyllic reality. Now, the imaginary includes the feeling of loss or death of lives, of the soil, the rivers, the forest, of a world. 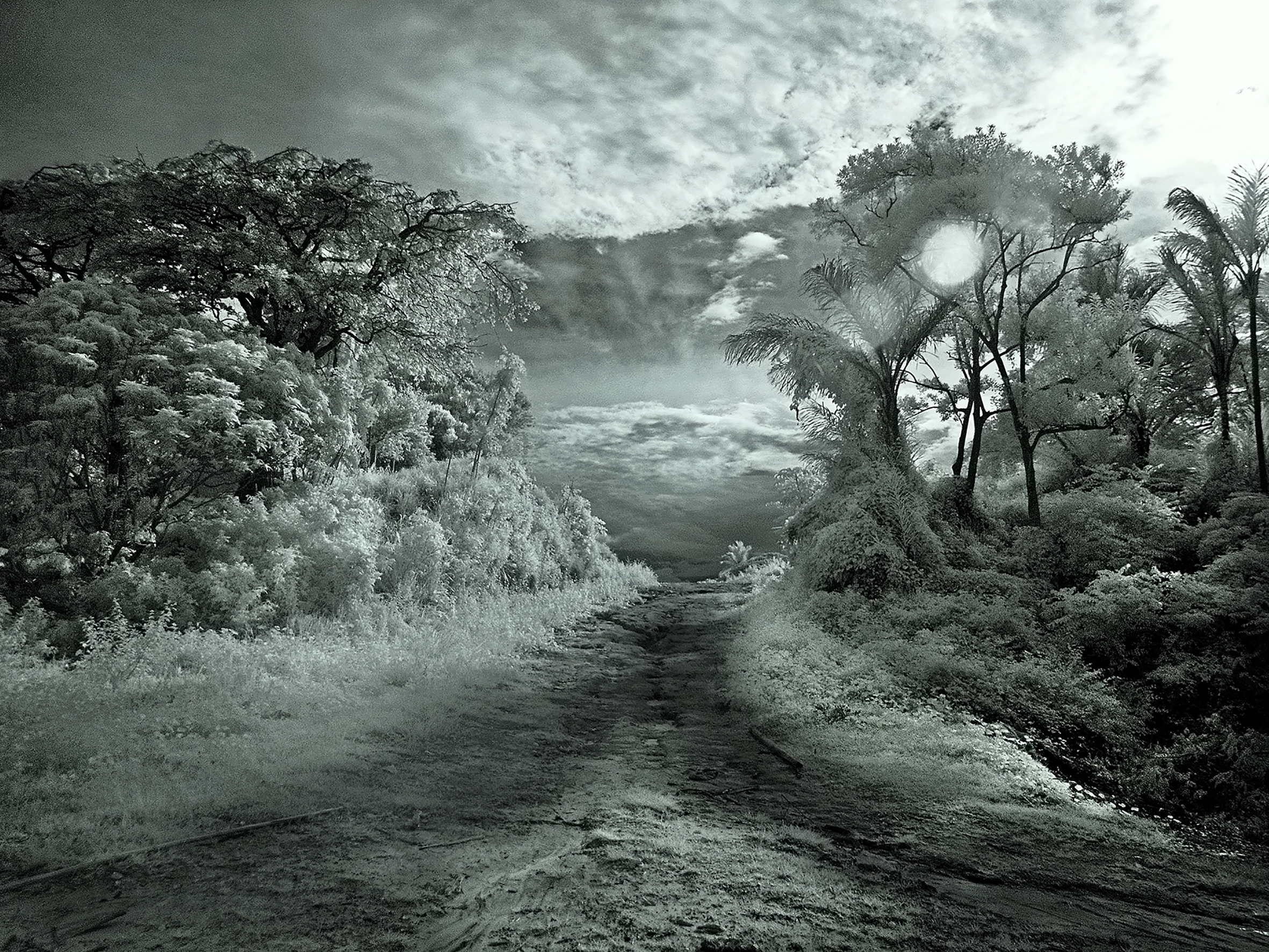 You claim to understand by Amazonian culture one which has its origins in the caboclo culture, a term of indigenous origin that means “man who comes from the bush, from the forest.” What is the “cosmogonic revelation” of the caboclo in face of Amazonian nature?

We can recognize the cosmogonic revelation of the caboclo and the Indian before their nature (one cannot forget that Amazonian nature contains the category of sublimity, if we remember the words of philosopher and geographer Immanuel Kant, or if we study, in the sublime category, nature’s sublime.) Amazonian nature is one of the examples of this dimension of the sublime, seen scientifically by Kant, but intuitively felt by the Indians and caboclos. So much so that the mythical cosmogony in the Amazon allegorizes the idea of the universe, the world creation, the emergence of life, the relationship between the original world above and its implication in the emergence of the world we live in. In some cases, a perception of two worlds similar to what Plato had formulated. This shows that, in the face of life, each representative of a particular culture seeks to explain, in their own style, these permanent concerns about knowing the origin, the reason for everything. A work of great wisdom on these issues is A Queda do Céu (The Fall from the Sky,) by Davi Kopenawa and Bruce Albert. This work records the narrative of Davi Kopenawa’s life, from the time of his religious initiation and his path to become a Yanomami leader.

How do you place the Afro-indigenous and Afro-futurist imaginary in the discussion about the formation of Amazonian culture?

Culture is a process of intercurrences. It doesn’t freeze. It has the hotness of being a human production. It incorporates in its composition all the variations social life goes through. There is no change of reality without the related cultural change. The Afro culture resulting from the growing presence of blacks, who have a true devotion to their original culture and their power, began to contribute to the enrichment of the Indians’ and caboclos’ original culture. In the case of techno-tacky, in addition to lambada and guitarrada rhythms, it is a contribution from Caribbean cultures, which, in turn, are also of African origin. In my view, although the “internationalized” urban imaginary starts to have greater dissemination and weight, the distinctive character of the poetics dominance remains in the Amazon. The poetics of the imaginary.

To what extent “daydreaming” relates to Amazonian communities’ nomadic lives?

Daydreaming is like a waking dream. A trip on the riverocean of imagination. It is born in the individual waterhole to flow into the ocean of social imaginary through art, fabulous narratives, mysticism. Daydreaming accompanies the nomadic life as a form of desire for a life created by the daydreamer. As if the daydreamer wanted to create his destiny.

And how does the meeting between the imaginaries of the forest man and the Amazonian man in urban centers take place today?

It is when the forest man feels the impact of prejudice related to his culture. And the pressure to substitute the products of that imaginary, seen as backward, for those offered by the city, which represent the present, the civilized. This meeting is impactful, because it comes from a daily coexistence in the educational system, in media programs, in political life, in the job market.

In the text “Poetry as the Enchantment of Language,” published in the catalog of Pororoca – The Amazon at MAR, you relate the enchantments to an “Olympus submerged in Amazonian rivers.” You claim the epic is the sailing in large boats on the ocean and the lyrical to navigate the rivers in small canoes. Where is the origin of convergence between Amazonian theogony and classical antiquity?

The Amazon, as a “paradise on earth,” was already in the world’s imagination, at least in the Western world. It can be said that the imaginary was the compass that guided the caravels to reach the so-called New World. As if that world was starting right there. At the same time, navigators disembarked in the Amazon bringing in their luggage the Greek imaginary. Friar Gaspar de Carvajal, seeing warrior women riding wild horses with bows, arrows and seduction, compared them to the Amazons of Greek mythology, of classical antiquity. In the Nheengatu language, derived from the Tupi trunk, they are called Icamiabas, which is how I prefer to refer to them. In fact, as Greco-Roman mythology became a standard of reference in the West, let us not forget that the navigators arrived in Brazil during the Renaissance, when that mythology became a strong reference. Let’s not forget that in Os Lusíadas, Camões makes crossings between pagan Greco-Roman mythology and the sacred entities of Catholicism. As for the place of myths and gods, the world is a really imaginative archipelago: Olympus in Greece. Enchantments in the Amazon. In addition to the Andes in Peru. Just to give a few examples. 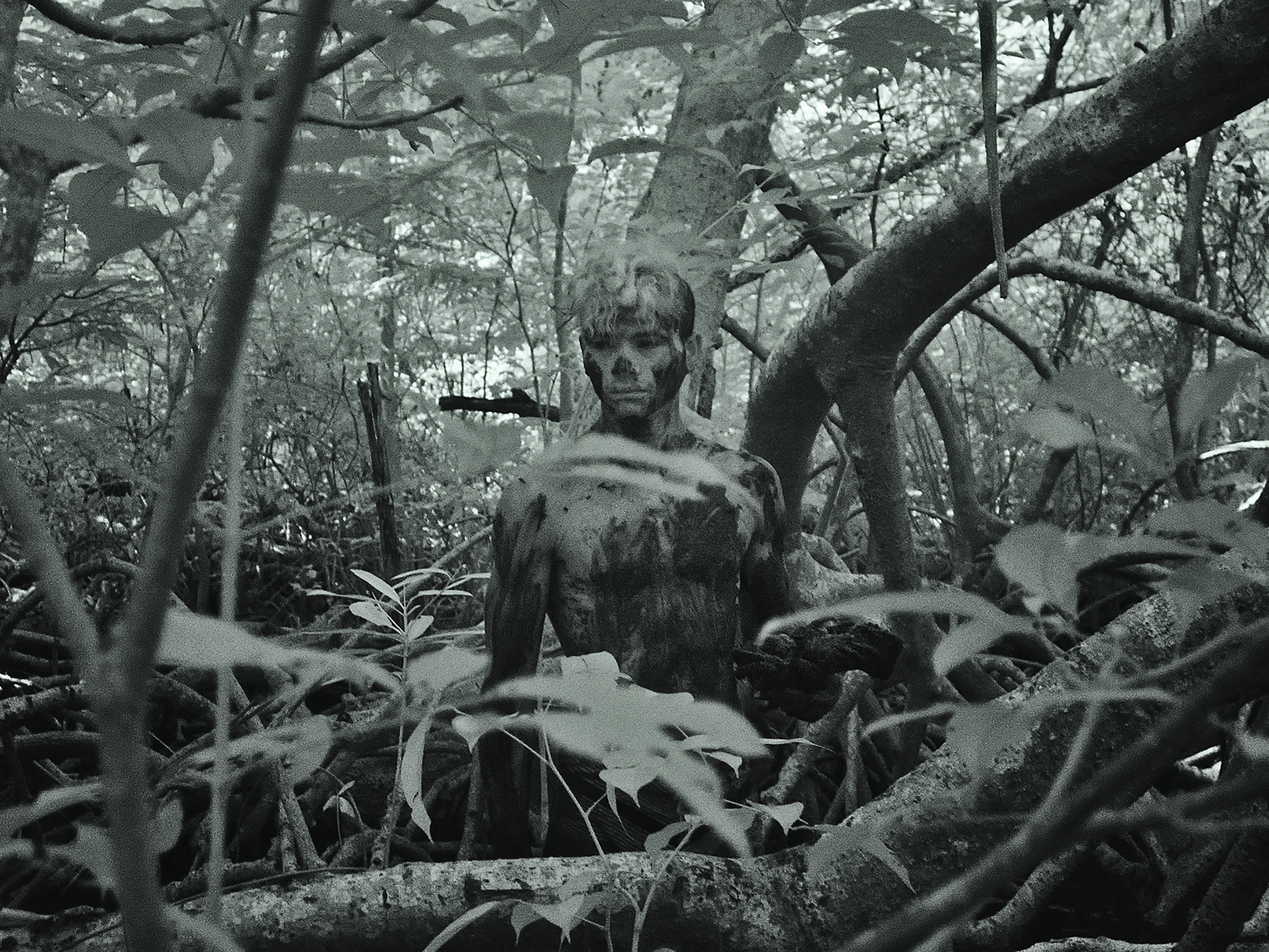 Wouldn’t the myths of the Amazons and the Boto be references to an archetypal matriarchy, opening the way for our contemporary feminisms? And wouldn’t it be in the Amazons (which, as you say in the text, would have given rise to a “Sapho-Amazon”) the principle of a non-binary love, claimed by LGBTQI+ activism?

I am tempted to confess to a different understanding of this compelling question. I don’t see this challenge to patriarchy, neither a feminist or ecofeminist seed. I think they are concepts that can refer to the Icamiabas with absolute property. The Boto [a type of dolphin that would make love with women] does not protect women from family punishment, from patriarchal violence and social discrimination. In places that are increasingly isolated or distant from larger cities, the dolphin’s son, who escapes punishment, is the one I consider a being in which a classic hybridism takes place: he is the son of a human person and an enchanted being, a divinity. As to the Icamiabas, I agree with the principle of non-binary love and have a poem and theoretical essay on this issue.

What ethical lesson do indigenous and Amazonian myths give to Brazil and the contemporary world?

The ethical lesson that Amazonian myths give to the world can be exemplified through some cases, by the dominance of this dimension: Tambatajá, ethics in love; Icamiabas, the ethics of being free; Boto, the ethics of sudden, one-time passion; Curupira, ecological ethics; Macunaíma, the quixotic ethics of wanting to create your own destiny, circumventing the logic of reality. And, still, the revelation of the imaginary as a way of knowing the world and incorporating its values. Including the ethical.