It’s about decolonizing speeches and occupying spaces of power

Afro-indigenous futurism, the drag scene and tecnobrega, aesthetic phenomena from the outskirts of Belém and Manaus, populate the Pará artist's research on his Amazonian ancestry 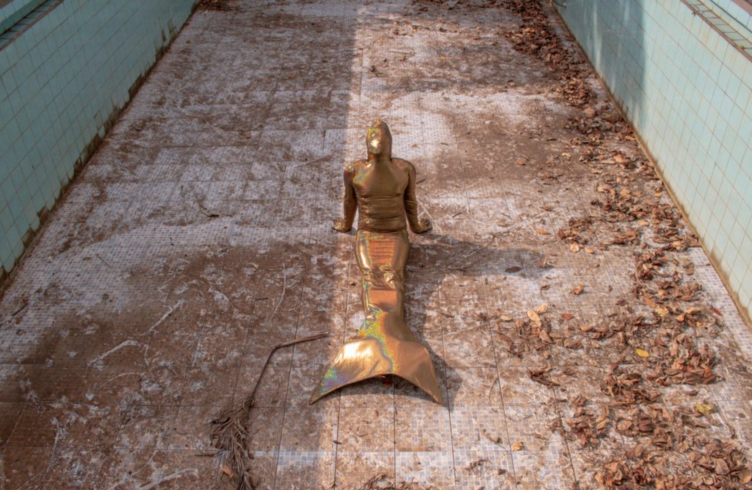 When Gaby Amarantos released her first solo album, Treme (Shake), raising an earthquake in Brazilian pop music, Rafael Bqueer was studying visual arts at the Federal University of Pará (UFPA) and had already worked for four years as a carnival assistant in Belém. In the same year, 2012, the young artist also signed his first solo project at the Quem São Eles (Who are They) samba school, with a plot about the neighborhood of Umarizal. Those three vertices – tecnobrega (techno-tacky), Carnival and knowledge production at the University – are pillars of Rafael Bqueer’s combative and empowered poetics. By problematizing hegemonic narratives, seeking to overcome colonial processes, his work brings the regional Afro-indigenous visualities to contemporary art in Brazil and Pará.

He says that Amarantos was already a pop star in Pará long before he was successful on the national scene. “Since the early 2000s, I remember her as an important techno-tacky and sound-system singer. Always with costumes with spatial and futuristic motifs,” says Bqueer to seLecT. “The periphery of Belém has this aesthetic, hence my passion for Afrofiction and Afrofuturism. For me, this visuality that remixes local and global signs is in a direct dialogue with contemporary art from countries like Nigeria and Angola.”

Black Amazon
If education is an instrument of transformation, pedagogies aimed at ethnic-racial relations have a constitutive role for black social movements in the city of Belém. In that sense, a decisive influence in Bqueer’s formation were the texts by feminist leader and professor at UFPA Zélia Amador de Deus on Afro-indigenous ancestry and Afro-diasporic relationships. “Studies, in addition to being focused on the plurality of languages, gave me a decolonial education, located me to think theoretically about a black Amazon and to politically think about my quilombola condition,” he says. 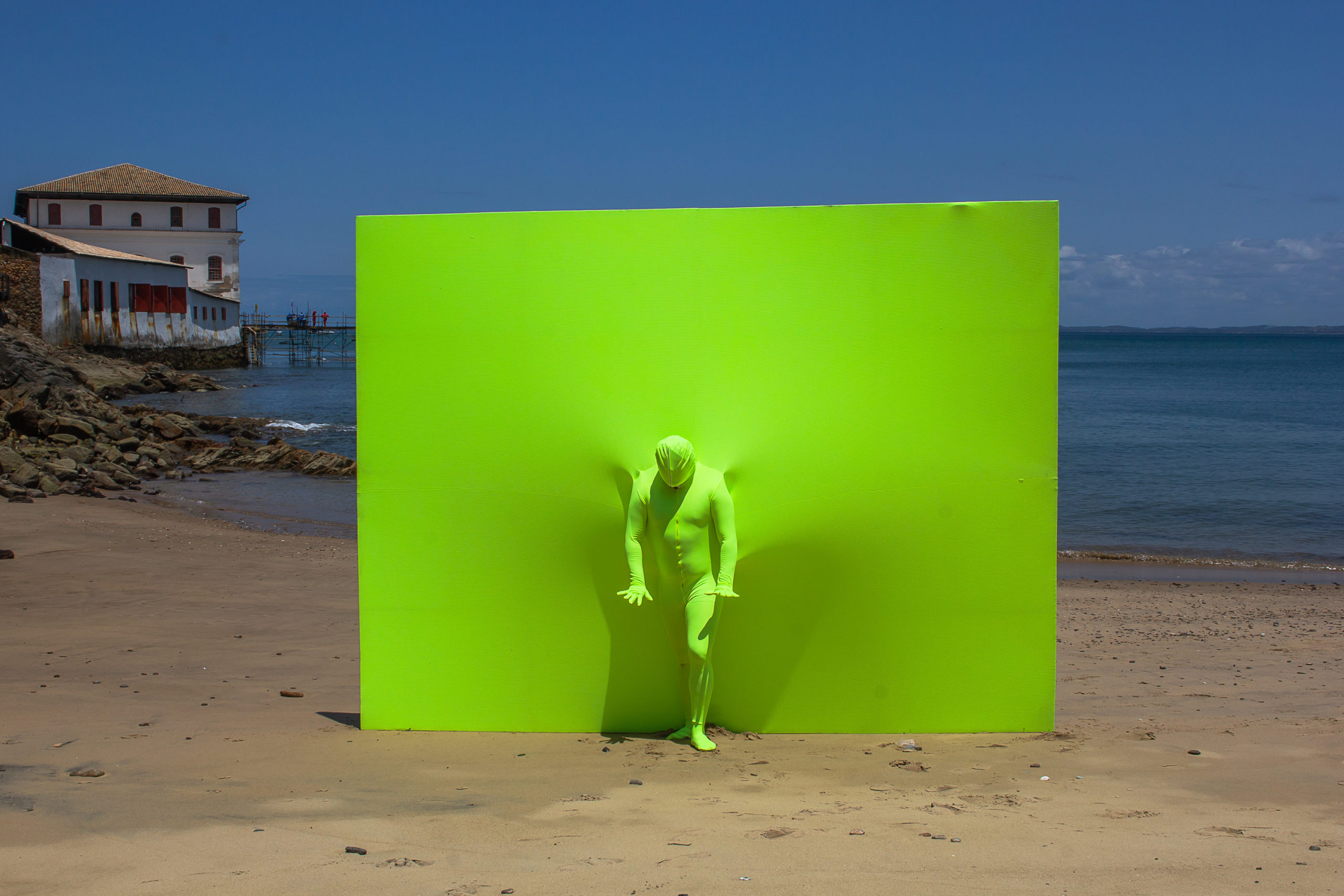 The search for an ancestral identity happened through the construction of an image of himself. In the image of a body that asserted itself in the neon twilight of sound-system parties, or in the construction of situations (Afrofictions) to perform its subjectivity. The performative black body, addressed in the researches of Zélia Amador de Deus as a tool of resistance and construction of speech, is worn by Bqueer in the “drag montages” of the Belém night scene.

Plugged into the pyrotechnics of a made-in-China Amazon, synthesis and mixture of Gaby Amarantos, Grace Jones and Vera Verão (Jorge Lafond’s television character), Uhura Bqueer awarded Rafael as the first Themonia-Drag Queen of the Noite Suja (Dirty Night) party, in 2014, and later with the ArtRio 2019 Focus Award, one of the gateways for young artists to the art circuit in Southeastern Brazil.

Afrocommotion
Art, politics, decolonial theory and party are explosively combined in the work of Rafael Bqueer. But this consistent body of research does not take place in isolation: it is connected to a network of artists, thinkers and performers organized in families and collectivities. Such as the Themonias, a study group on monstrosity, which brings together around 200 members in Belém and Manaus, or the Monstrxs, from Salvador (Bahia), identified by Bqueer as “another important drag scene rich in political actions and counter-hegemonic visualities.”

In the Clash of Monsters debate, organized by Uhura Bqueer at the Goethe-Institut Salvador, in October 2020, the meeting between these two important scenes of drag montage, art and LGBTQIA+ politics from the North and Northeast of Brazil was celebrated. It was a talk of sisters. “I really enjoy investigating this invasion of the colonizers, who in the crossings of the Atlantic created the images of monsters, the monstrosities,” said Uhura at the event. “In the forest, we keep trying to imagine which beings inhabit there. It’s a mystery. So, Monsters have existed for centuries, Themonias have existed for centuries, they have been fighting and resisting for centuries against the violence of Christianity, against the secular violence of European colonialism.” For the Zum/IMS Photography Scholarship 2020, Rafael Bqueer made a short film and five performances with the Themonias collective. 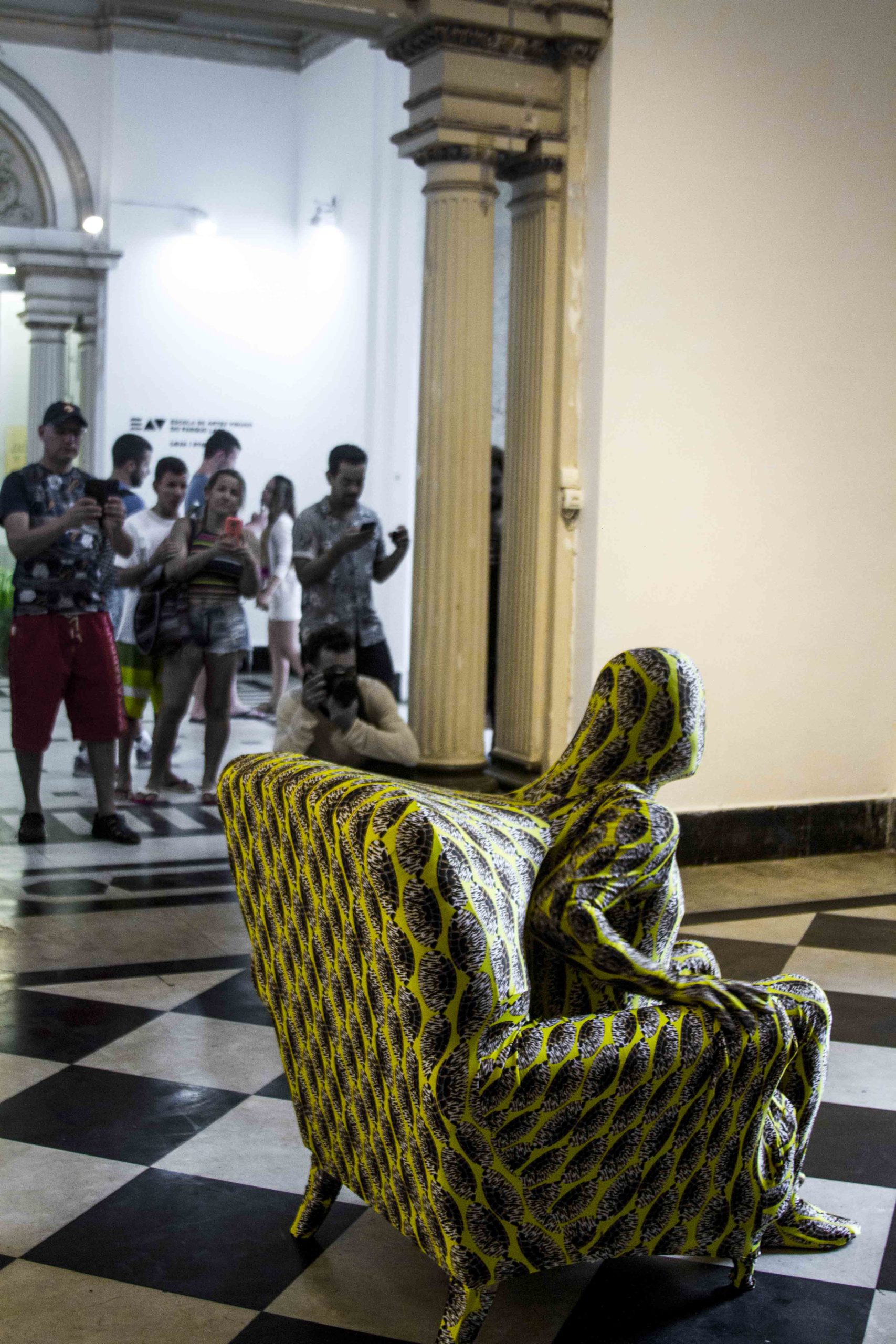 Still within the scope of research on the ancestry and contemporaneity of dissident bodies, and the cultural crossing that operates in them, the artist developed the Super Zentai series of performance-objects, quoting fetishistic practice and Japanese superheroes. In works such as Sex Ranger – Super Zentai (2017), Untitled (EAV Parque Lage, 2019) and Neon Painting On Landscape (2020), he turns his body into a zone of anonymity. In the identity annulment, with the body covered in lycra, he affirms the suffocation that comes from the invisibility of Afro-indigenous narratives.

In Mermaid (2019), a videoperformance shown at the Art Pará 2019 salon and which is now part of the Amazonian Collection, curated by artist and professor Orlando Maneschy, Bqueer echoes a lament for the destruction of the environment. In its languor and agony, the futuristic Amazonian mermaid swims on dry land towards the viewer, embracing and threatening them with her sweetness and monstrosity.

Culture demonization
In 2016, Rafael landed his spaceship in Rio de Janeiro, to work at Academicos do Salgueiro samba school and to occupy the power spaces of contemporary art. Then a period of intense activity began in the south seas, participating in various residencies and exhibitions. He was a finalist for the EDP in the Arts award at Instituto Tomie Ohtake, in 2018; selected by EAV Parque Lage for a residency scholarship at AnnexB in New York, and nominated for the 7th edition of the Marcantonio Vilaça Award.

Currently, he lives and works between Rio de Janeiro and São Paulo and still defines himself as a carnival director, in addition to drag queen, LGBTQIA+ activist and artist. “If you think that 90% of carnival artists in the special group in Rio today are white, academic, what is the black body’s place in the samba school? And in the construction of the city?”, he asks in a video produced by the Foco ArtRio Award.

The experience in Rio de Janeiro reinforces his criticism of the historical-colonial vision of the black and indigenous body, “often seen as absent from subjectivities and given over to an extremely stereotyped and exotic vision.” In the series of photographs Jogo do Bicho (Animals Lottery, 2020), exhibited at Casa Carioca exhibition, at MAR, Bqueer reconfigures the questions posed in the Super Zentai series, always with a welcome dose of humor, by exposing masked bodies of animals, without their own identity, “thinking the imaginary of the poor suburbs with a critical perspective against the exoticization of black bodies.”

It is also part of the carnival-themed body of works Alice e o Chá Através do Espelho (Alice and the Tea Through the Mirror, 2014), which re-enacts an epic moment of Rio’s Carnival: actor Jorge Lafond playing Alice, at the opening of the samba school Beija-Flor de Nilópolis, in 1991, at the Alice in Brazil of Wonders parade. In the displacement from Marquês de Sapucaí Avenue, the top catwalk for the exaltation and exoticization of the black body, to the garbage dumps and violence on Belém outskirts – from luxury to garbage –, when the (younger) artist already announced what would come.

The manner how Rafael Bqueer sampled the hegemonic mass culture, distorting and contorting it in order to affront normativity until it bled, is perhaps what artist Flores Astrais refers to when she says that “today we understand Themonias as an artistic and cultural movement of demonization of our culture.” Demonizing as a political survival strategy. 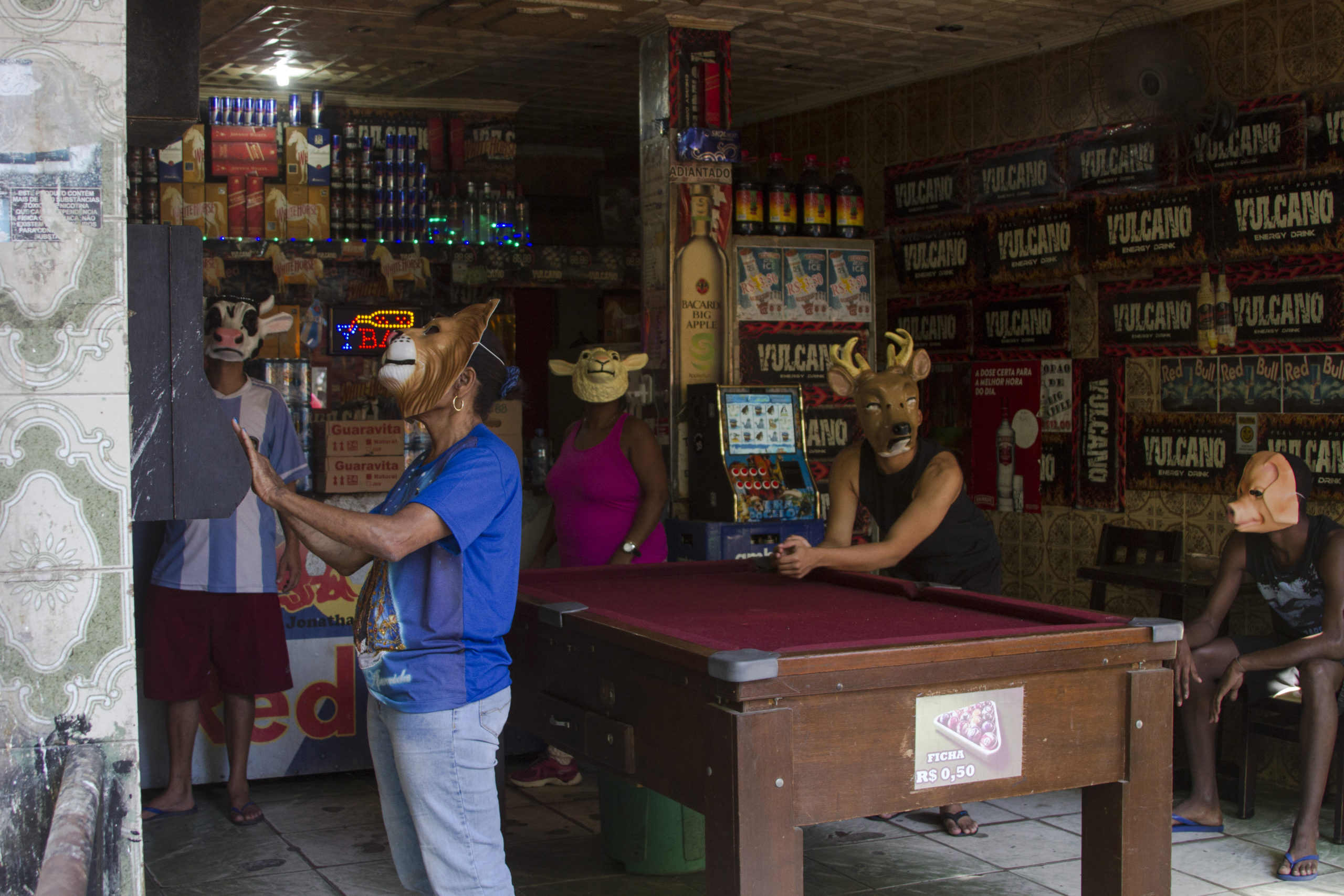