The encounter of the forest with the city, the market in Pará inspires in Dirceu Maués, Nay Jinknss and Armando Queiroz a lasting involvement 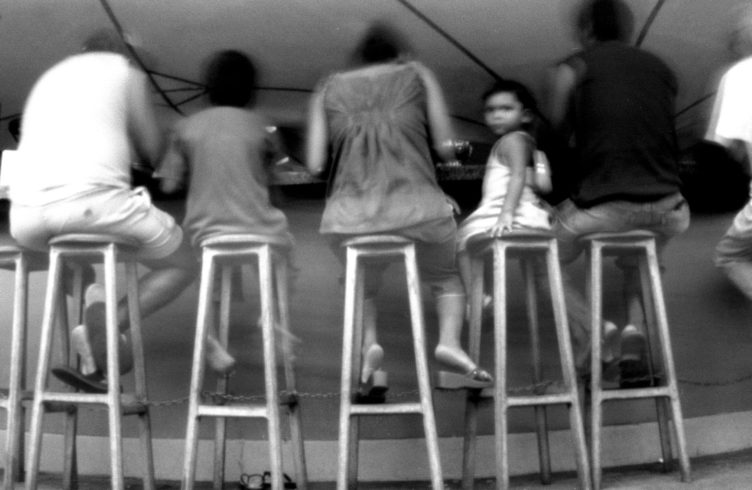 Novelist Dalcídio Jurandir saw in the boatmen of Pará, “the mysterious power of all the unexpected charm of Belém.” In a text published in 1941, he describes: “The canoemen, at dawn, raise their sails to the sun. It’s the Ver-o-Peso colored by sails, full of my brothers canoemen from Marajó Bay, Salgado, Tocantins. It’s Ver-o-Peso, at dawn, when the raised sails are filled with sun and seem to grow on the roofs of the Old Town as if the whole city, woke up to see what all the caboclos, all the canoemen expect in their floating lives on the waters: the appearance of the Norato Snake that sleeps under the cathedral”.

Encounter of the forest with the city, merchandise trading center on the Lower Amazon and the main port of arrival for European products in the 18th century, the Ver-o-Peso Market gathers more than one thousand registered merchants, but not only that: with them there is also a captive community of artists who see the place as the city’s constitutive memory.

Dilated time
“It’s a kind of a magical place, as if the heart of the city were there,” says Dirceu Maués, who needed to wake up early every Saturday morning when he was a child to go shopping with his father. It was at that time that he began to build his own toys, from materials he found, such as Styrofoam trays that became airplanes. Craftsmanship, according to him, are the workarounds that market workers do to solve everyday problems. It was this interest in manual work that led Maués back to the Ver-o-Peso Market as an adult, launching himself in the project of photographing the place with pinhole cameras. But, beyond the construction of machines, what interested Maués was to work on the notion of a time that went by differently in the market. “People who work at Ver-o-Peso have a very strong relationship with the inland areas and the riverside culture, and those who live on the river (and from the river) have a different time. Time is not the one marked on the clock, but of the tide, the sun, the moon, something more connected with nature,” he says.

In the series Ver-o-Peso pelo Furo da Agulha (Ver-o-Peso Through the Pinhole, 2004), developed over the course of a year, this perception is printed in each of the images. “It’s as if the time I was looking for, more dilated, passed into the photographic device,” says Maués, who programmed the shutter speed according to the duration of scenes. What can be seen, now, in the images of a vulture at the tip of the boat or of a girl who turns to the camera is the temporal translation of some movements: how long it takes the pause before a flight or the curious look of a child.

The work ended up unfolding in the video Feito Poeira ao Vento (As Dust in the Wind, 2006), for which Maués produced a 360º photographic coverage of the site. To accomplish the feat without pauses, he alternated the use of cameras – there were about 40 of them, with an average of 30 poses each, over a period of four hours – and had the help of friends, who numbered the machines while the photos were taken. The errors, noises and hazards captured in this uninterrupted action, transposed to video, are precisely configured in what the images present most powerfully. In motion, they are accompanied by a sound of a motorboat.

Holy Mother of Ver-o-Peso
Long-term involvement is a constant among artists who venture into this market. This is the case of Nay Jinknss, who has been documenting the space for over a decade. Initially interested in the architecture, in the colors and light contrasts in the place, the photographer became increasingly interested in documenting people. 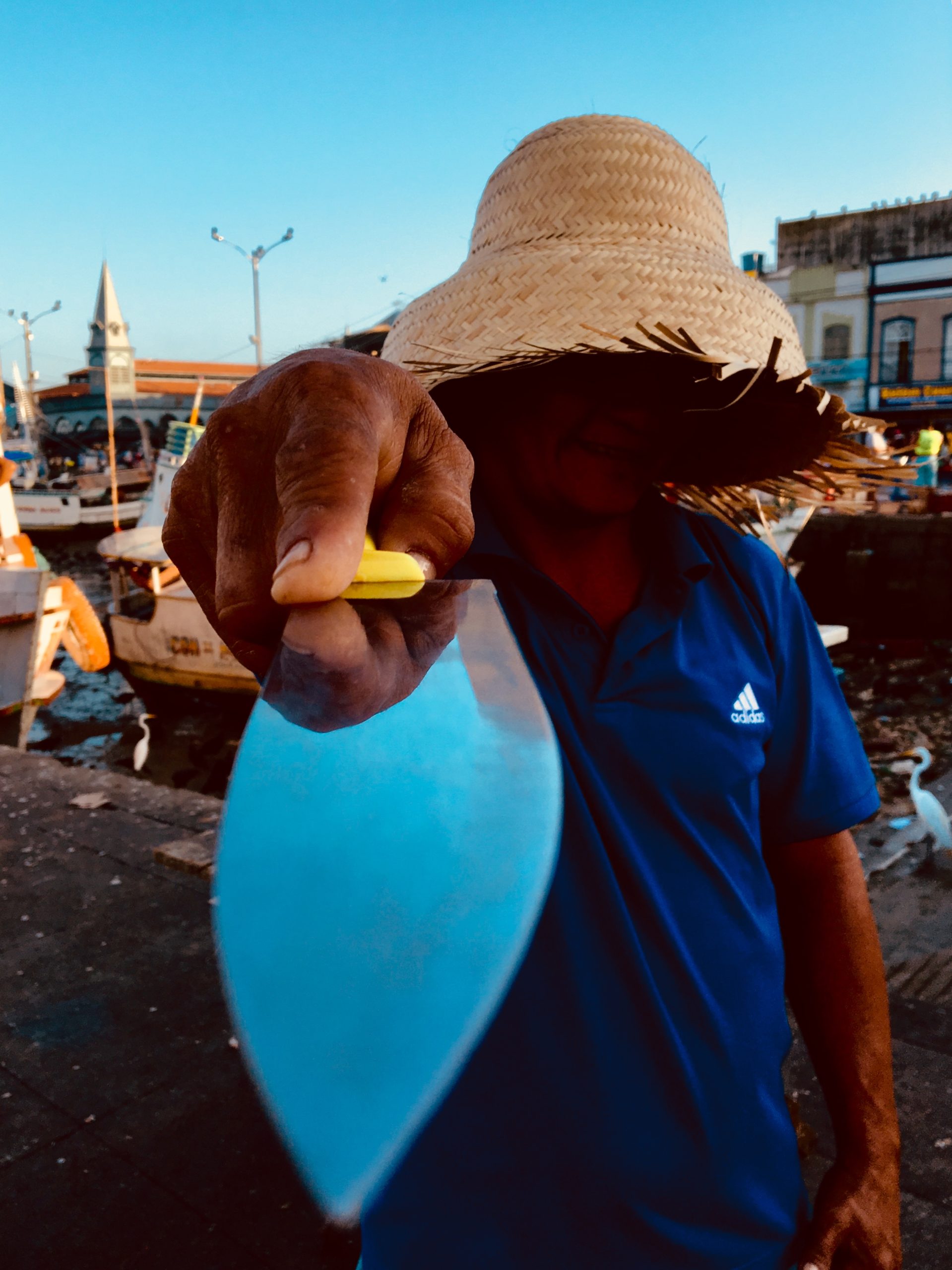 The artist attributes the change in posture to the period in which she lived in Rio de Janeiro and realized that, outside Belém, she was considered a black woman, an identity that she had not assumed before. “It was there that I understood I was a black woman and I thought: My color, the tattoos and the way I express myself end up bringing me closer to the people in the market.”

The ties were strengthened when Jinknss started using her cell phone as a work tool, which, in addition to being less intimidating, allowed her to keep her eyes on her subjects. It’s as if her photos had moved from the macro dimension – architecture and space – to the micro universe of each character.

Which titles such as “There is Mystery in Almost Everything” or “There are Many Ways to See”, or even “The More the Fire Burned More She Laughed”, her visual narratives start from a composition of scenes in which the portrayed people are actors and actresses of their own stories. “Have you ever thought about being an actor?,” she asked one of them, making an invitation to the staging. “If I present him as a character, I remove the view that he is just a drug addict,” says the artist. In her incursions through Ver-o-Peso, she has already asked them to interpret Our Lady of Nazareth or Plácido, the man who found the image of the saint on the banks of the Igarapé Murucutu. 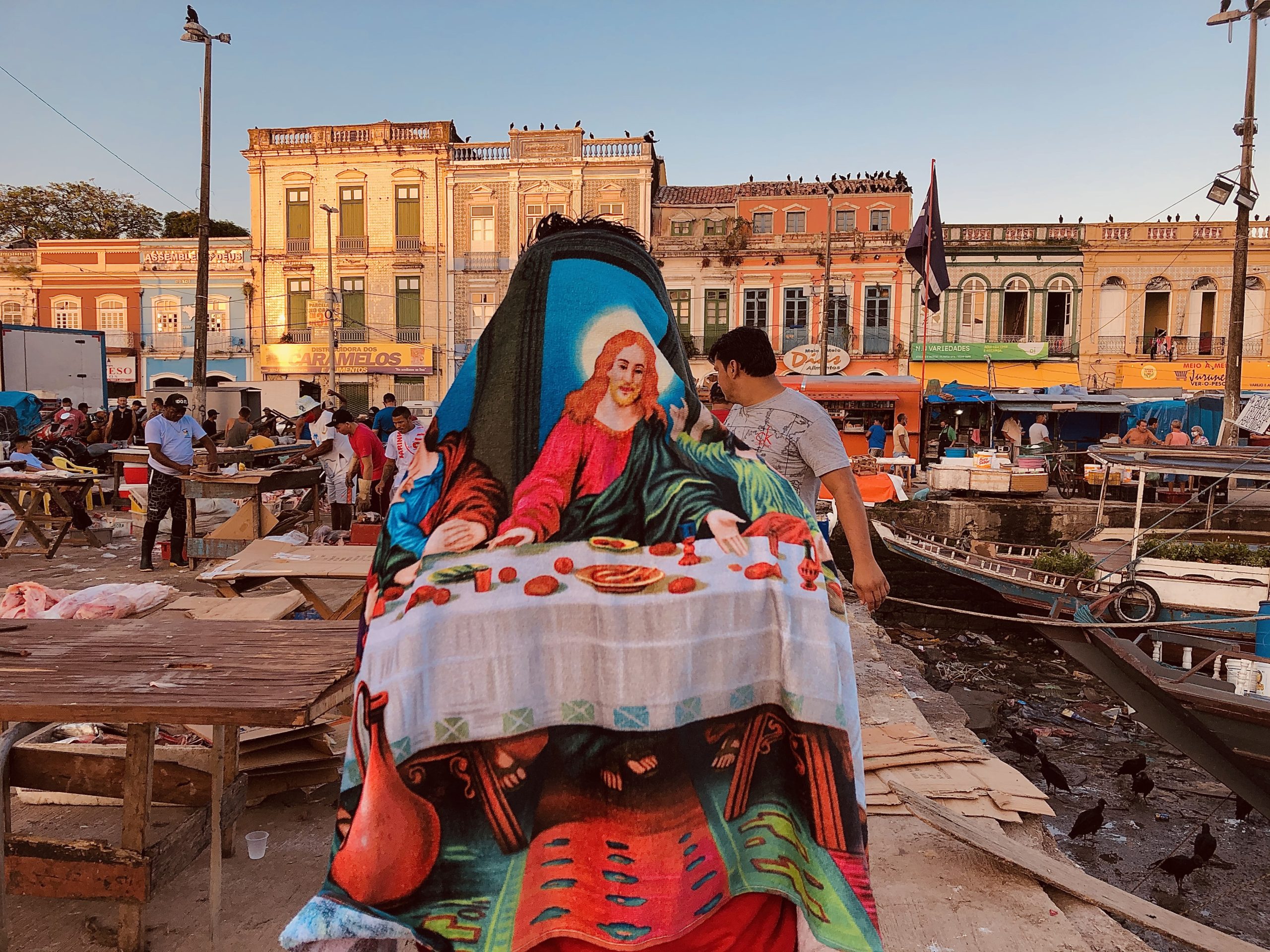 Ancestral meeting point
Fabulation is also part of the works that Armando Queiroz carried out in the market. The artist lived a time when Belém did not have supermarkets and Ver-o-Peso supplied food and merchandise to the city. In the video 252 (2007), he invites local workers and visitors to read the names of the 252 people who were murdered in the episode that became known as Slaughter of the Clown Brigg, when, in 1823, a group was detained aboard a brig in the port, right in front of Ver-o-Peso. There, confined in the hold of that overcrowded and unventilated vessel, the prisoners despaired and, in response, the garrison, in addition to shooting, hurled quicklime on the people. “When I had access to the list of the dead, my interest was to give faces to those names, and I suggested that workers lend their image and voice as a form of homage,” says Queiroz. “Most likely people with characteristics and experiences similar to those who lend their faces to the project could be those who were murdered.”

During the production, Queiroz was approached by a street vendor who said he was a descendant of Eduardo Angelim, one of the Cabanagem mutiny leaders, and had a sword that would have belonged to him. The object ended up being part of the Marcantonio Vilaça exhibition in 2010 and, despite not having been proven to belong to that time, what interested the artist was the chance of reconstructing the memory surrounding the Cabanos War. “The mere fact that someone believed it was a sword of the event had much more narrative force than attesting to whether it actually was,” he says.

Another work made by the artist at Ver-o-Peso – the quoted text at the beginning of this curatorship was used in an installation by him – covered the structure of the market with a drawing of a razor blade. “I thought about the possibility of extending this profile so that the red of the blade could again vascularize all those installations,” he explains. “There is something of an ancestry at this meeting point and warehouse.”